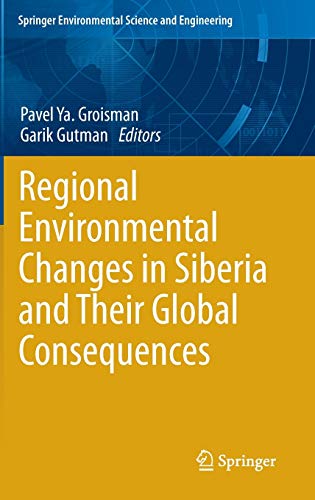 This volume presents a state-of-the-art assessment of the Earth's climate system in Siberia and relationships between climate, ecosystems and people in that region. Changes in climatic variables and land cover in Siberia are among the earliest indicators of the Earth's response to climate warming. The volume is a compilation of results from studies on climate, land-cover and land-use changes and their interactions with biogeochemical and water cycles, atmospheric aerosol, and human and wildlife populations in Siberia. Regional changes in Siberia are predicted to affect climate and people on a global scale. NASA, the Russian Academy of Sciences, and several European institutions have supported these studies. The primary supporter of the projects that produced the results compiled in this volume is the NASA Land-Cover/Land-Use Change Program, hence most studies use remote sensing in their research. The chapters in this volume were written by an international team of scientists from the USA, Europe and Russia under the auspices of the Northern Eurasia Earth Science Partnership Initiative (NEESPI). This book will be of interest to those involved in studying recent and ongoing changes in Siberia, be they senior scientists, early career scientists or students.