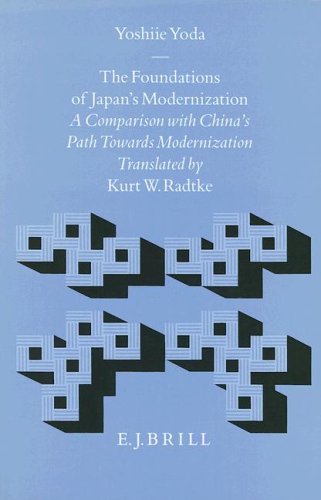 The Foundations of Japan's Modernization: A Comparison With China's Path Towards Modernization (Brill's Japanese Studies Library)

Tracing and evaluating the development in the history of Japanese culture and society that permits Japan's rapid and continuing modernization, this work provides an approach to the modernization of Japan. It starts from the assumption that Japan was better equipped for modernization because pre-modern Japan had already started to abandon Confucian influences. In his account of modernization during the Meiji period, the author focuses on general patterns inherent in Japanese culture and society that enable Japan to integrate foreign elements without having to follow foreign models slavishly. The book is composed of two articles by Professor Yoda previously published in Japanese and Chinese, two new chapters by Professor Yoda written especially for this volume and background information provided by Professor Radtke.