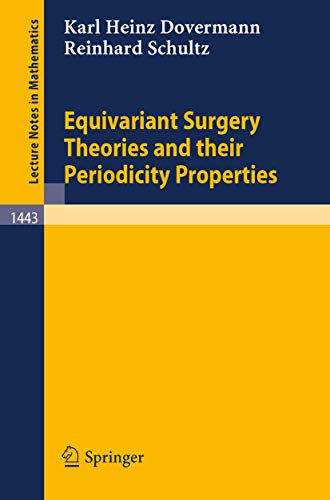 The theory of surgery on manifolds has been generalized to categories of manifolds with group actions in several different ways. This book discusses some basic properties that such theories have in common. Special emphasis is placed on analogs of the fourfold periodicity theorems in ordinary surgery and the roles of standard general position hypotheses on the strata of manifolds with group actions. The contents of the book presuppose some familiarity with the basic ideas of surgery theory and transformation groups, but no previous knowledge of equivariant surgery is assumed. The book is designed to serve either as an introduction to equivariant surgery theory for advanced graduate students and researchers in related areas, or as an account of the authors' previously unpublished work on periodicity for specialists in surgery theory or transformation groups.