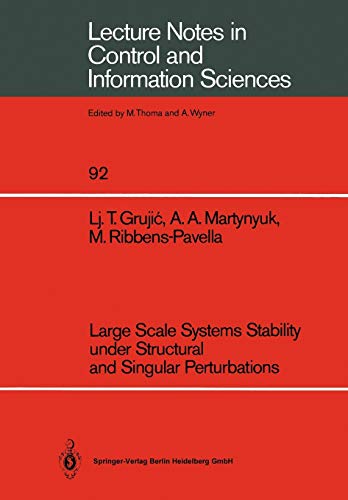 From the Preface: This book constitutes an up to date presentation and development of stability theory in the Liapunov sense with various extensions and applications. Precise definitions of well known and new stability properties are given by the authors who present general results on the Liapunov stability properties of non-stationary systems which are out of the classical stability theory framework. The study involves the use of time varying sets and is broadened to time varying Lur'e-Postnikov systems and singularly perturbed systems...According to the amount and importance of definitions and stability criteria presented I consider that this book, initially published in Russian, represents the most complete one on stability theory proposed at this date. It interests all people concerned with stability problems in the largest sense and with security, reliability and robustness. Professor Pierre Borne, Lille, France #1