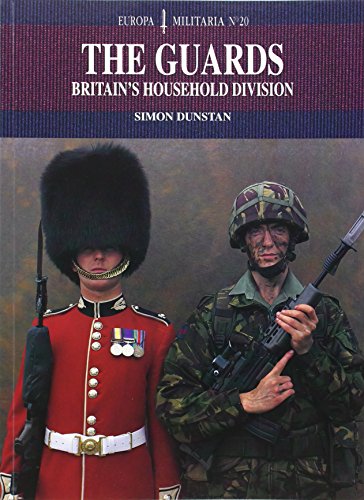 There are few military formations in the world with such a long and distinguished record as The Guards. Of the seven Guards Regiments five were formed during the lifetime of King Charles II in the mid-17th century, founding a tradition of nearly 350 years' service to the Crown. Although the Household Division is an administrative rather than fighting formation, and although The Guards are most visible for their central part in London's spectacular occasions of military and State pageantry, the regiments are first and foremost professional soldiers, ready to exchange their ceremonial uniforms for combat fatigues at short notice - as they proved in the Falklands and Gulf Wars. Both aspects of their unique character are fully covered in the more than 120 colour photographs specially taken for this book by a respected military photographer and author. Illustrated with colour photographs throughout, the titles in the "Europa Militaria" series provide insight into how the modern soldier trains and fights, as well as offering a detailed account of many modern weapons.