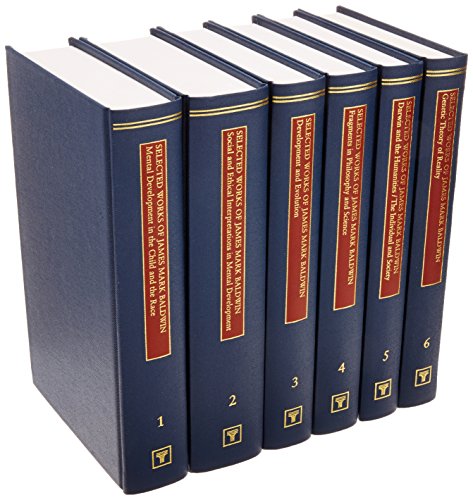 James Mark Baldwin (1861-1934) was one of American psychology's seminal thinkers. His biosocial theory of mind, elaborated in "Mental Development in the Child and the Race" and in "Social and Ethical Interpretations in Mental Development", influenced thinkers as diverse as Piaget, Vygotsky, and Mead. His empirical research, republished with important philosophical papers in "Fragments in Philosophy and Science", helped create a standard for rigorous objective procedure and a functionalist attitude within the newly emerging science. His concept of organic selection, elaborated in papers brought together in "Development and Evolution" and further discussed in "Darwin and the Humanities", intoduced a mechanism into evolution theory whereby the effects of acquired adaptations could be taken into account within violating principles of natural selection. His approach to the development of individual minds in social relationship, summarized in "The Individual and Society", helped not only to found American social psychology but to give its uniquely individualistic cast.Finally, his genetic epistemology, given final form in "Genetic Theory of Reality", outlined a theory of mental operations culminating in aesthetic experience. Importantly, during the 1990s, Baldwin studies have undergone a small renaissance, especially as his relationship to Piaget and Vygotsky has been explored. This has created a market for Baldwin materials that this collection should help to fill. Selected here are the best editions of seven key writings, both landmark works and never reprinted essays.