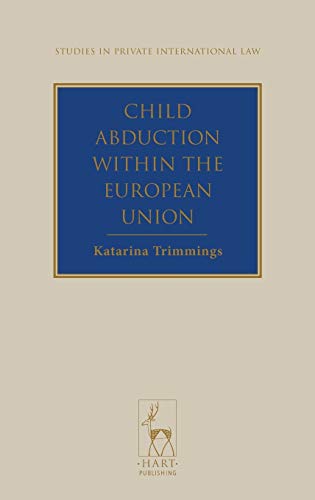 The first part of the book critically evaluates the evolution of the separate intra-EU child abduction regime and examines the extent to which the European Union complied with its standards of good legislative drafting during the negotiations on the Brussels II bis Regulation. It seeks to demonstrate that there was no real legal need for the involvement of the European Union in the area of child abduction and for the tightening of the 1980 Hague Abduction Convention return mechanism. The second part of the book presents findings of a statistical survey into the operation of child abduction provisions of the Brussels II bis Regulation in the first year of the functioning of the instrument and reveals how effectively the intra-EU return mechanism operated in that year. Based on the findings of the statistical survey, the book identifies and discusses a number of points of concern in respect of the functioning of the new child abduction scheme. Finally, the book investigates whether the Brussels II bis Regulation has added any value in the area of child abduction.