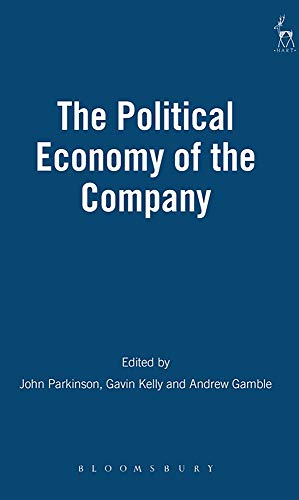 The Political Economy of the Company

Theoretical writing on the company and company law has been dominated in recent years by economics. This collection of essays by a distinguished team of authors drawn from a variety of disciplines seeks to build on the insights of this economic analysis and broaden understanding by examining the company in a wider historical,legal, political, and sociological context. Issues discussed include the attitudes of political parties in the UK to the company, the rise of the non-executive director, institutional activism and stakeholder protection, and the evolution of the nexus of contracts theory of the company. There is also a strong comparative theme, with discussions of the political and sociological context of corporate governance in France, Germany, and Japan, together with developments at the European level.