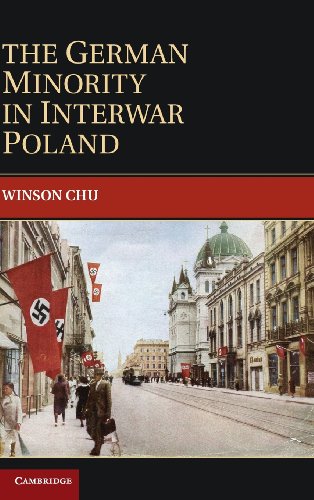 The German Minority in Interwar Poland analyzes what happened when Germans from three different empires - the Russian, Habsburg and German - were forced to live together in one new state. After the First World War, German national activists made regional distinctions among these Germans and German-speakers in Poland, with preference initially for those who had once lived in the German Empire. Rather than becoming more cohesive over time, Poland's ethnic Germans remained divided and did not unite within a single representative organization. Polish repressive policies and unequal subsidies from the German state exacerbated these differences, while National Socialism created new hierarchies and unleashed bitter intra-ethnic conflict among German minority leaders. Winson Chu challenges prevailing interpretations that German nationalism in the twentieth century viewed 'Germans' as a single homogeneous group of people. His revealing study shows that nationalist agitation could divide as well as unite an embattled ethnicity.