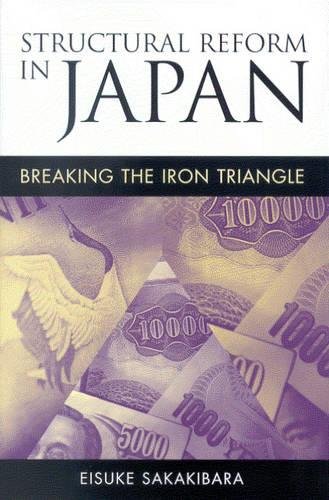 In this candid book, Japan's former top financial diplomat asserts the urgent need for wholesale structural reform to revitalize the long-stagnant Japanese economy. Eisuke Sakakibara, whose influence over global currency markets earned him the nickname of "Mr. Yen", envisions a social and economic revolution that encompasses all sectors of Japanese society. Japan's economic problems are structural, rather than cyclical, according to Sakakibara. Profitable investment opportunities are hard to find in the dysfunctional corporate sector, where costs are high and earnings continue to decline. The country's entrenched power elite - the Liberal Democratic Party, the bureaucracy, and vested interest groups - are threatened by reform efforts. It will be difficult to restore economic health to Japan until its political leaders are able to break the grip of this "iron triangle" and implement aggressive, widespread reforms.