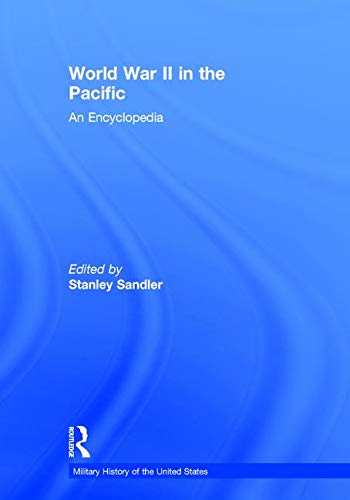 World War II in the Pacific: An Encyclopedia (Military History of the United States)

Stanley Sandler, one of America's most respected and best-known military historians, has brought together over 300 entries by some 200 specialists in the field to create the first encyclopedia specifically devoted to the Pacific Theatre of World War II. Extending far beyond battles and hardware, the coverage ranges from high policy-making, grand strategy, and the significant persons and battles of the conflict, to the organization of the Allied and Japanese divisions, aircraft, armor, artillery, psychological warfare, warships, and the home fronts, covering the interactions of each topic along the way.