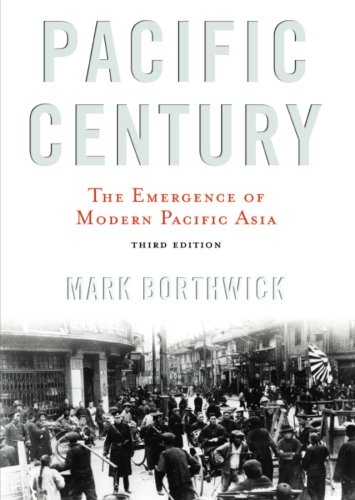 This is a richly illustrated and significantly revised edition of the classic overview of the Pacific Asia region. The Asia-Pacific region is rapidly emerging as the global economic and political powerhouse of the twenty-first century. Looking at both Southeast and East Asia, this richly illustrated volume stresses broad, cross-cutting themes of regional history, with an emphasis on the interactions between cultures and nations. In this updated third edition, Mark Borthwick provides a significantly revised introduction, which places the contemporary rise of China within the context of the political, cultural and economic evolution of the region since ancient times. He then considers more recent developments in their historical context, balancing national and international factors underlying Asia-Pacific economic growth and political change. New topics featured in the third edition include: Japan's recovery from economic stagnation and the country's new political landscape; China's economic transformation and leadership in East Asian regionalism; the North Korean crisis; chronological updates on Cambodia, Vietnam and Indonesia; and the Asia-Pacific impact on the global economic system.

Table of Contents * 1. Dynasties, Empires, and Ages of Commerce: Pacific Asia to the Nineteenth Century2. Seaborne Barbarians: Incursions by the West3. Meiji: Japan in the Age of Imperialism4. The Rise of Nationalism and Communism5. Maelstrom: The Pacific War and Its Aftermath6. Miracle by Design: The Postwar Resurgence of Japan7. The New Asian Capitalists8. Power, Authority, and the Advent of Democracy9. Asia and the Cold War 10. China's Long March Toward Modernization11. Beyond the Revolution: Indonesia and Vietnam by Michael Williams12. Siberian Salient: Russia in Pacific Asia by John J. Stephan13. Pacific Century: Regional and Global Perspectives