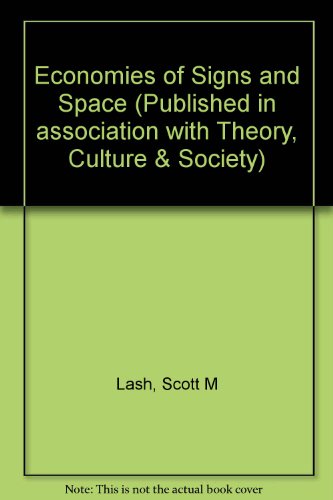 Economies of Signs and Space (Published in association with Theory, Culture & Society)

This is a novel account of social change that supplants conventional understandings of 'society' and presents a sociology that takes as its main unit of analysis flows through time and across space. Developing a comparative analysis of the UK and US, the new Germany and Japan, Lash and Urry show how restructuration after organized capitalism has its basis in increasingly reflexive social actors and organizations. The consequence is not only the much-vaunted 'postmodern condition' but also a growth in reflexivity. In exploring this new reflexive world, the authors argue that today's economies are increasingly ones of signs - information, symbols, images, desire - and of space, where both signs and social subjects - refugees, financiers, tourists and fl[ci]aneurs - are mobile over ever greater distances at ever greater speeds.