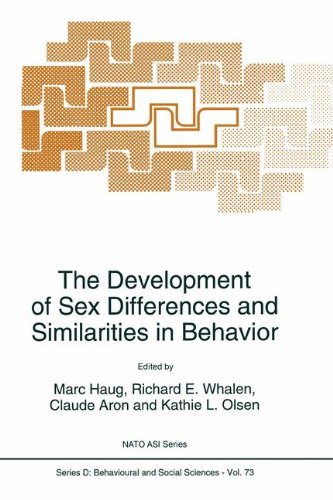 This varied and impressive volume is a record of the major presentations at the NATO Advanced Research Workshop on the "Development of Sex Differences and Similarities in Behavior" held at Chateau de Bonas, Gers, France, July 14-18, 1992. Although aspects of sex differences in human and animal behavior have been recently extensively explored both academically and in popularized accounts, the present work shows that the complex interplay between the various biological, political, psychological and sociological factors that account for sex differences has always been, and will continue to be, a source of infinite fascination and confusion to humans. The book contains presentations by a powerful mixture of eminent scientists from the relevant biological and social sciences areas, any ethnocentric tendencies being tempered by the wide mix of nationalities. Current information is placed in an evolutionary and genetic context and includes material from anatomical, endocrinological and behavioral studies of animal behavior and from the human cognitive sciences. The Development of Sex Differences and Similarities in Behavior is accessible to a spectrum of readers, from university undergraduates to experienced professionals.