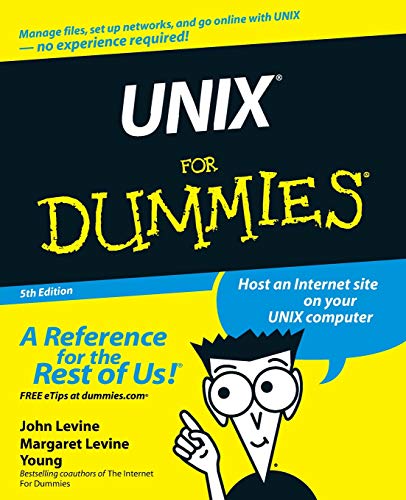 * UNIX For Dummies has been the standard for beginning UNIX references for nearly ten years, and this latest edition continues that tradition of success * This unparalled resource is updated to cover the latest applications of UNIX technology, including Linux and Mac desktops as well as how UNIX works with Microsoft server software * Thorough coverage of how to handle UNIX installation, file management, software, utilities, networks, Internet access, and other basic tasks * Aimed at the first-time UNIX desktop user growing accustomed to the ins and outs of the OS, as well as the beginning administrator who needs to get a handle on UNIX networking basics * Written by John Levine and Margaret Levine Young, longtime UNIX experts and highly experienced For Dummies authors