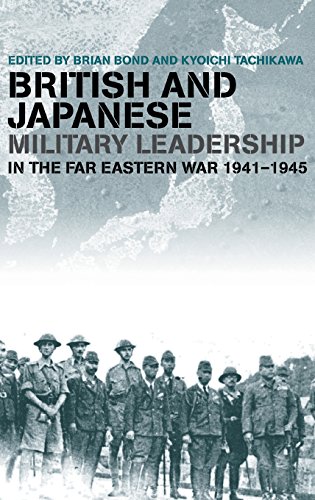 Some sixty years after the Far Eastern War ended, this innovative new collection brings together five distinguished UK-based scholars and five from Japan to reappraise their respective country's leadership in the Malaya and Burma campaigns. This leadership is analyzed on various levels, ranging from the grand strategic to operational. The Japanese contributors examine the reasons for their forces, brilliant advances in 1941-42, whereas the British writers have to account for the disastrous defeat, characterized by the poor leadership of senior commanders such as Bennett and Percival. Between 1943 and 1945, the tables were turned dramatically, so the failure of Japanese command decisions then comes under critical scrutiny and the British have to explain how defeat was transformed into victory. Above all, this volume should stimulate interest in different methods and styles of military leadership in view of the contrasting approaches of the British and Japanese in the Second World War.