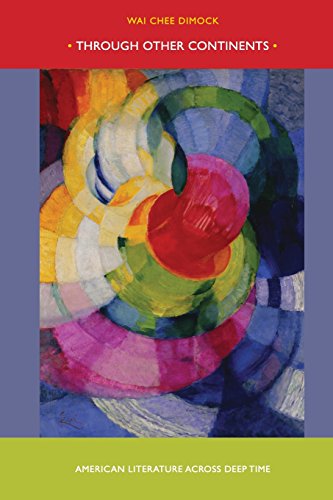 Through Other Continents: American Literature Across Deep Time

What we call American literature is quite often a shorthand, a simplified name for an extended tangle of relations. This is the argument of &quot;Through Other Continents&quot;, Wai Chee Dimock's sustained effort to read American literature as a subset of world literature. Inspired by an unorthodox archive - ranging from epic traditions in Akkadian and Sanskrit to folk art, paintings by Veronese and Tiepolo, and the music of the Grateful Dead - Dimock constructs a long history of the world, a history she calls &quot;deep time.&quot; The civilizations of Mesopotamia, India, Egypt, China, and West Africa, as well as Europe, leave their mark on American literature, which looks dramatically different when it is removed from a strictly national or English-language context.Key authors such as Thoreau, Margaret Fuller, Ezra Pound, Robert Lowell, Gary Snyder, Leslie Silko, Gloria Naylor, and Gerald Vizenor are transformed in this light. Emerson emerges as a translator of Islamic culture; Henry James' novels become long-distance kin to Gilgamesh; and Black English loses its ungrammaticalness when reclassified as a creole tongue, meshing the input from Africa, Europe, and the Americas. Throughout, Dimock contends that American literature is answerable not to the nation-state, but to the human species as a whole and that it looks dramatically different when removed from a strictly national or English-language context.