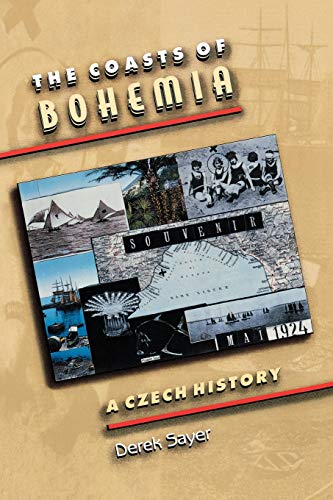 The Coasts of Bohemia

In "The Winter's Tale", Shakespeare gave the landlocked country of Bohemia a coastline - a famous and, to Czechs, typical example of foreigners' ignorance of the Czech homeland. Although the lands that were once the Kingdom of Bohemia lie at the heart of Europe, Czechs are usually encountered only in the margins of other people's stories. In "The Coasts of Bohemia", Derek Sayer reverses this perspective. He presents a comprehensive and long-needed history of the Czech people that is also a remarkably original history of modern Europe, told from its uneasy center. Sayer shows that Bohemia has long been a theater of European conflict. It has been a cradle of Protestantism and a bulwark of the Counter-Reformation; an Austrian imperial province and a proudly Slavic national state; the most easterly democracy in Europe; and a westerly outlier of the Soviet bloc. The complexities of its location have given rise to profound (and often profoundly comic) reflections on the modern condition. Franz Kafka, Jaroslav Hasek, Karel Capek and Milan Kundera are all products of its spirit of place.
Sayer describes how Bohemia's ambiguities and contradictions are those of Europe itself, and he considers the ironies of viewing Europe, the West, and modernity from the vantage point of a country that has been too often ignored. "The Coasts of Bohemia" draws on an enormous array of literary, musical, visual, and documentary sources ranging from banknotes to statues, museum displays to school textbooks, funeral orations to operatic stage-sets, murals in subway stations to censors' indexes of banned books. It brings us into intimate contact with the ever changing details of daily life - the street names and facades of buildings, the heroes figured on postage stamps - that have created and recreated a sense of what it is to be Czech. Sayer's sustained concern with questions of identity, memory, and power place the book at the heart of contemporary intellectual debate. It is an extraordinary story, beautifully told.

LIST OF MAPS AND ILLUSTRATIONS ACKNOWLEDGMENTS A NOTE ON CZECH PRONUNCIATION BEARINGS ONE The Company of Our Great Minds A Great Artist and a Great Czech The End of Culture Faithful We Shall Remain TWO Materials of Memory The Crown of Saint Wenceslas Against All Three Hundred Years We Suffered THREE Rebirth The Count's National Theater Enlightenment Home Cooking FOUR Mirrors of Identity A Burghers' Banquet The Affordable National Library Little Golden Chapel on the Vltava A Cathedral and a Fortress A Procession of Servant Girls Palacky's Looking-Glass A Discovery in Dvur Kralove Memories of Ivancice FIVE Modernisms and Modernities Futurist Manifestos Guten Tag und auf Wiedersehen The Completion of Saint Vitus's New Hussite Armies The International Style Emily Comes in a Dream SIX Eternal Returns The Art of Remaining Standing Grave Far Away Bila hora Redressed--Again SEVEN Future Perfect Neither the Swan nor the Moon Prayer for Marta The Lineup for Meat In the Land Where Tomorrow Already Means Yesterday Father Ales and Old Mr. Jirasek Children's Eyes and Fiery Tongues Love Is at Work It Is Tireless NOTES SOURCES INDEX