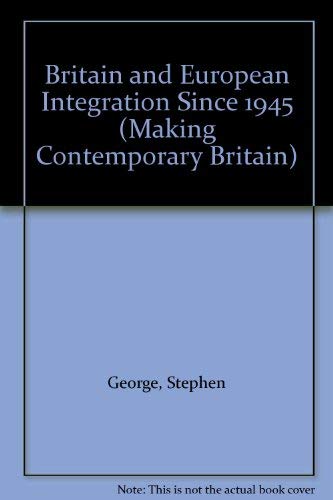 Britain has been a member of the European Community since the start of 1973, but it is only recently, with the publicity given to the plans for the creation of the single market in 1992, and the role of the community in environmental and social policies, that the mass of the population of Britain have begun to notice the possibilities that membership holds. Mrs Thatcher's government has played down and resisted the increased integration that seems to be taking place in Europe, but it is unlikely that Britain can stand apart from this process much longer. This book explores the history of Britain's membership of the European Community. It looks at the attitude of the various British governments to the evolution of the Community, the part that membership has played in domestic politics, and the effect of membership on life in Britain.