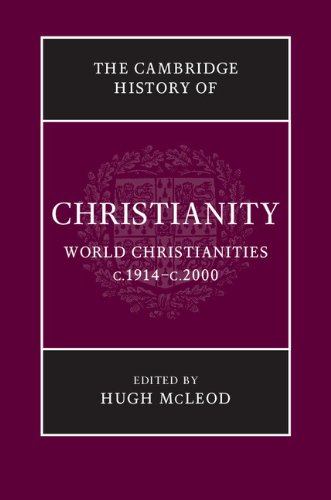 The twentieth century saw changes as dramatic as any in Christian history. The Churches suffered serious losses, both through persecution and through secularisation, in what had been for several centuries their European heartlands, but grew fast in Africa and parts of Asia. This volume provides a comprehensive history of Catholicism, Protestantism and the Independent Churches in all parts of the world in the century when Christianity truly became a global religion. Written by a powerful team of specialists from many different countries, the volume is broad in scope. The first part focuses on institutions and movements which have had a worldwide impact, including the papacy, the ecumenical movement and Pentecostalism. The second provides a narrative of Christian history in each region of the world. The third focuses on selected themes from an international perspective, including changes in worship, relations with Jews and Muslims, science and the arts, gender and sexuality.