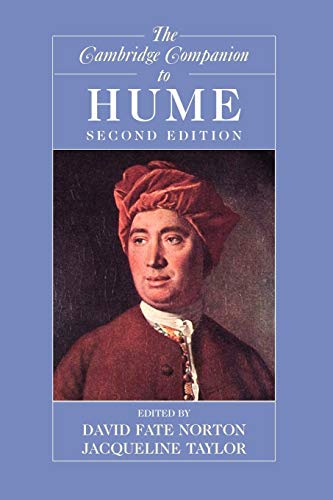 Although best known for his contributions to the theory of knowledge, metaphysics, and philosophy of religion, Hume also influenced developments in the philosophy of mind, psychology, ethics, political and economic theory, political and social history, and aesthetic theory. The fifteen essays in this volume, first published in 2009, address all aspects of Hume's thought. The picture of him that emerges is that of a thinker who, though often critical to the point of scepticism, was nonetheless able to build on that scepticism a constructive, viable, and profoundly important view of the world. Also included in this volume are Hume's two brief autobiographies and a bibliography suited to those beginning their study of Hume. This second edition of one our most popular Companions includes six new essays and a new introduction, and the remaining essays have all been updated or revised.

1. An introduction to Hume's thought 2. Hume's new science of the mind 3. Hume and the mechanics of mind: impressions, ideas, and association 4. Hume's theory of space and time in its sceptical context 5. Hume on causation 6. Hume and the problem of personal identity 7. Hume's scepticism 8. Hume's moral psychology 9. The foundations of morality in Hume's Treatise 10. Hume's later moral philosophy 11. The structure of Hume's political theory 12. David Hume: principles of political economy 13. Hume on the arts and 'The Standard of Taste': texts and contexts 14. David Hume: 'the Historian' 15. Hume on religion.