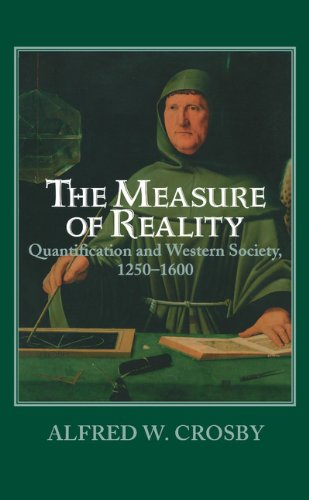 The Measure of Reality: Quantification in Western Europe, 1250–1600

Western Europeans were among the first, if not the first, to invent mechanical clocks, geometrically precise maps, double-entry bookkeeping, precise algebraic and musical notations, and perspective painting. By the sixteenth century more people were thinking quantitatively in western Europe than in any other part of the world. The Measure of Reality, first published in 1997, discusses the epochal shift from qualitative to quantitative perception in Western Europe during the late Middle Ages and Renaissance. This shift made modern science, technology, business practice and bureaucracy possible.