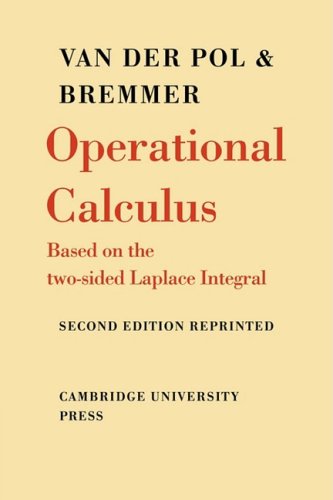 Operational Calculus: Based on the Two-Sided Laplace Integral

Primarily this book is intended for application of the operational calculus to mathematics, physics and technical problems. It gives the basic principles, ideas, and theorems clearly and extensively, but also many worked-out problems from mathematical and physical as well as from technical fields. The purely mathematical treatment is more advanced than is usual in books devoted primarily to practical applications, and the book will therefore be of value to those pure mathematicians who are interested in a rapid and simple derivation of complicated and unexpected relations between various mathematical functions, as well as to the engineer in search (for example) of a very simple treatment of transient phenomena in electrical networks.