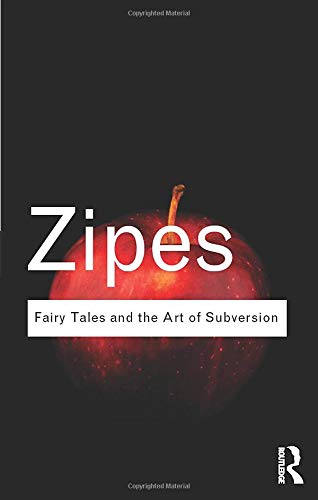 Fairy Tales and the Art of Subversion (Routledge Classics)

The fairy tale is arguably one of the most important cultural and social influences on children's lives. But until the first publication of Fairy Tales and the Art of Subversion, little attention had been paid to the ways in which the writers and collectors of tales used traditional forms and genres in order to shape children's lives - their behavior, values, and relationship to society. As Jack Zipes convincingly shows in this classic work, fairy tales have always been a powerful discourse, capable of being used to shape or destabilize attitudes and behavior within culture. How and why did certain authors try to influence children or social images of children? How were fairy tales shaped by the changes in European society in the sixteenth and seventeenth centuries? Zipes examines famous writers of fairy tales such as Charles Perrault, Jacob and Wilhelm Grimm, Hans Christian Andersen and L.Frank Baum and considers the extraordinary impact of Walt Disney on the genre as a fairy tale filmmaker.

Acknowledgments Preface to the Second Edition 1.Fairy-Tale Discourse: Towards a Social History of the Genre 2.The Origins of the Fairy-Tale in Italy: Straparola and Basile 3.Setting Standards for Civilization through Fairy Tales: Charles Perrault and the Subversive Role of Women Writers 4.Who's Afraid of the Brother's Grimm? Socialization and Politicization Through Fairy Tales 5.Hans Christian Andersen and the Discourse of the Dominated 6.Inverting and Subverting the World With Hope: The Fairy Talees of George MacDonald, Oscar Wilde, and L.Frank Baum 7.The Battle over Fairy-Tale Discourse: Family, Friction and Socialization in the Weimar Republic and Nazi Germany 8.The Liberating Potential of the Fantastic in Contemporary Fairy Tales for Children 9.Walt Disney's Civilizing Mission: From Revolution to Restoration Notes Bibliography Index