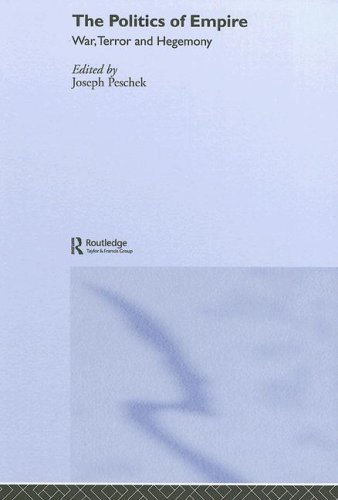 The Politics of Empire: War, Terror and Hegemony

In the year after the September 11, 2001 attacks the Bush administration put together the elements of a far-reaching foreign policy doctrine based on unilateral action, pre-emptive military strikes, and prevention of the emergence of any strategic rivals to U.S. supremacy. Bush's grand strategy was formalized in a September 17, 2002 presidential report called The National Security Strategy of the United States of America. The report argued for pre-emptive strikes against rogue states and terrorists, even if faced with international opposition, and for the maintenance of American military supremacy. Additionally the report placed the U.S. off-limits to international law, asserting that the jurisdiction of the International Criminal Court "does not extend to Americans." Underlying the Bush doctrine is the notion that the U.S. must remain the unchallenged power in world affairs. "The United States possesses unprecedented - and unequaled - strength and influence in the world," the report began. Supremacy involves maintaining forces that "will be strong enough to dissuade potential adversaries from pursuing a military build-up in hopes of surpassing, or equaling, the power of the United States." Many questions are raised by the trajectory of U.S. policy under George W. Bush. What is distinctive about the Bush administration's militarism and unilateralism? What are the political, ideological, and economic roots of the turn in U.S. foreign policy under George W. Bush? In what ways has the "war on terrorism" affected politics inside the United States in terms of civil liberties, treatment of immigrants, domestic and economic policy, and political discourse more generally? The Politics of Empire examines critically these and other urgent political and analytical questions. This is a Special Issue of the Journal New Political Science