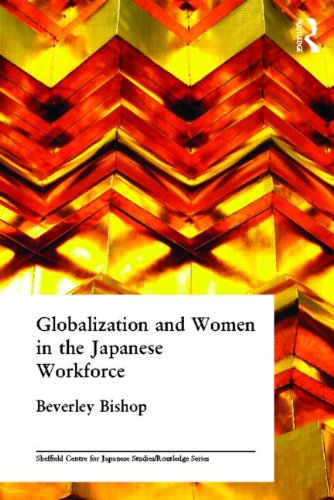 "Globalisation and Women in the Japanese Workforce" contributes to the debate about the impact of globalisation upon women. It examines the effect of restructuring upon women's employment in Japan and describes the actions women are taking individually and collectively to campaign for change in their working environment and the laws and practices regulating it.

List of Abbreviations Glossary of Japanese Terms List of Figures Introduction 1. Aims, Methodology and Structure of Book Part 1 Analytical Framework 2. A Critical Analysis of Globalization 3. Gender and Globalization: A Critical Review Part 2 Background to the Analysis 4. The Japanese Model of Capitalism and the Globalization of Japanese Production 5. Women Workers in the Post-War Model of Capitalism in Japan: Continuity and Change Part 3 The Impact of Globalization and Restructuring on Women Working in Japan 6. Re-Regulation, Restructuring and Women in the Regular Workforce 7. Deregulation, Restructuring and Women Working in Non-Regular Positions 8. Globalization and Women's Activism in Japan Conclusion 9. Conclusions and Discussion Bibliography Appendix A: Details of 1996/7 Pilot Survey Appendix B: Working Women Respondents Appendix C: Elite Interviews