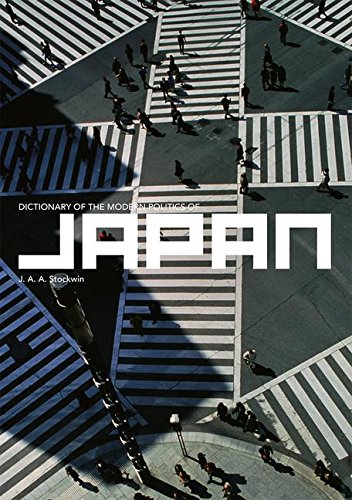 Dictionary of the Modern Politics of Japan (Routledge in Asia S)

The politics of Japan are less widely reported than its economics. Most people are aware of the economic 'miracle' following the Second World War, whereby Japan became the second largest economy in the world after the United States, and the economic stagnation of the early 1990s is also well known. But it is difficult to make sense of these phenomena without a knowledge of the political system and the ways in which it works in practice. Containing an introductory essay, an essay on theories of Japanese politics and over 250 A-Z entries, the Dictionary of the Modern Politics of Japan remedies this imbalance, and answers the need for an accessible work of reference bringing together information and authoritative analysis on all aspects of the politics of Japan and the Japanese political system. Including a fully annotated bibliography to guide the user to further reading, the entries are thoroughly cross-referenced and indexed, and are supplemented with maps and tables, to ensure that the Dictionary of the Modern Politics of Japan is essential reading for all scholars and students of the politics and international relations of Japan.