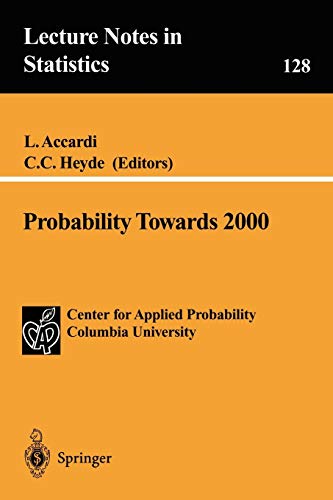 Probability Towards 2000 (Lecture Notes in Statistics (128))

Senior probabilists from around the world with widely differing specialities gave their visions of the state of their specialty, why they think it is important, and how they think it will develop in the new millenium. The volume includes papers given at a symposium at Columbia University in 1995, but papers from others not at the meeting were added to broaden the coverage of areas. All papers were refereed.