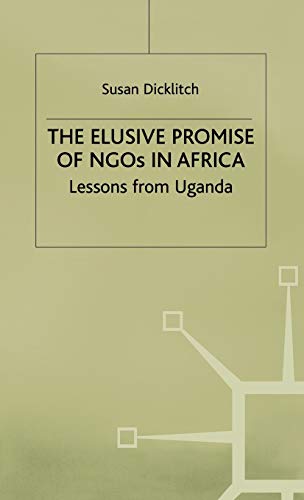 Dicklitch challenges the dominant now-liberal discourse on democratization and development in Africa that views NGOs and civil society as the panacea for underdevelopment and authoritarianism. Focusing on NGOs and civil society, this should argues that the democratizing and empowerment potential of NGOs and civil society is severely constrained not only by state- imposed bottlenecks, structural and historical impediments and internal NGO limitations, but also by the dominant development paradigm of neo-liberalism which views NGOs as fulfilling a gap-filling role for the shrinking African state. The case study of Uganda offers ample evidence to discount the automatic association often made between liberalization and democratization. NGOs, important actors within civil society, are allowed to function as long as the 'fit' within the liberalization agenda, fulfilling an gap-filling rather than empowerment or advocacy role.