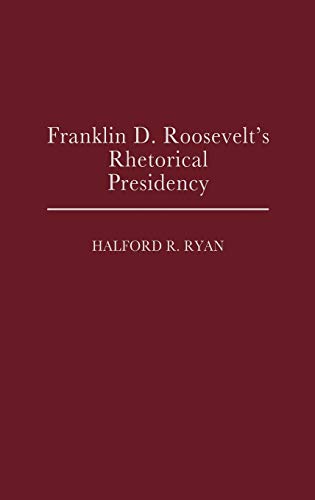 Building on the premise that the 20th century has witnessed the rise of the rhetorical presidency, ' Ryan parses the public addresses of a master persuader. Overall, FDR's verbal gifts strengthened his hand while enriching the language of American politics. Ryan examines the mechanics of a typical Roosevelt speech, considering such factors as intonation, rhythm, and choice of metaphor, as well as Roosevelt's incomparable body language--these are the best parts of the book. Ryan effectively treats the question of authorship, arguing that although FDR wrote little of his own material, his speeches bore a distinct Roosevelt imprint. . . . Ryan's work makes clear why the packaging of a speech must be considered as significant as its substance. "Choice" This thought-provoking study makes a unique contribution to the literature on Franklin D. Roosevelt by focusing on his presidential rhetoric. Unlike previous works on Roosevelt, this volume demonstrates how he tried to persuade the public and the Congress, what rhetorical techniques he used, how he attempted to manage the reception of his messages through the press and the media, and what the effect was of his oratorical endeavors. It examines his leading orations on national and international issues, his persuasive campaign strategies and tactics, his four inaugural addresses, and his unsuccessful speeches against the Supreme Court and in the Purge. It further demonstrates how contemporary Americans responded to and received Roosevelt's rhetoric.