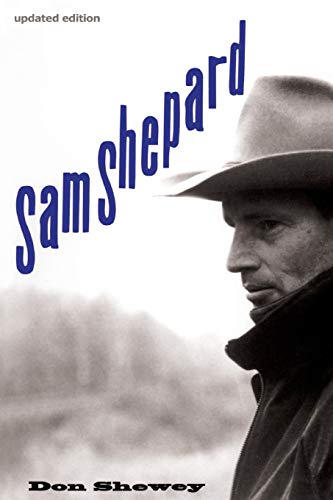 Sam Shepard's outlandish, nightmarish, yet lyrical plays--The Tooth of Crime, Buried Child, True West, Fool for Love, A Lie of the Mind, and dozens of others--have garnered him a Pulitzer Prize and a lasting reputation as one of America's greatest living playwrights. His charismatic performances in movies like Days of Heaven, The Right Stuff, Country, and Thunderheart--as well as his screenplay for Paris, Texas--have made him an indelible presence in American film. Rock 'n' roller, rancher, and rodeo prizewinner, he has toured with Bob Dylan, hung out with the Rolling Stones, collaborated with Patti Smith, and raised a family with Jessica Lange. Yet throughout he has remained an enigmatic figure. In this acclaimed biography, now fully updated, Don Shewey explores the life and works of this American visionary, illuminating Shepard's unique success in straddling the divide between serious artist and pop-culture hero.

* Introduction: The Artist as Hero * The Finding of Fang * Dragonfly from a Helicopter * Boy Genius * Rock-n-Roll Jesus with a Cowboy Mouth * Exile from Main Street * Drawing the Wagons in a Circle * War in Heavens * Split Screen * Fire in the Snow * The Identity Dance * End Without Ending