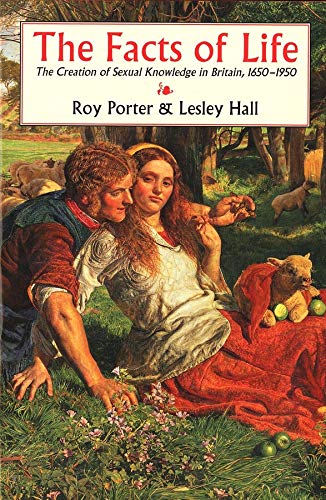 This study presents a detailed and scholarly analysis of the creation of sexual knowledge in Britain. Surveying the period between the late 17th and the mid-20th centuries, it examines the major texts which established and authorized sexual knowledge and sexual practices. Porter and Hall then explore the various kinds of backgrounds without which these texts are unintelligible - sexual, moral, religious, scientific, medical, domestic, social and cultural. And they examine their authors (some famous, some obscure, some anonymous), their careers, and the motives for involvement in medico-moral campaigns that were often thought unsavoury and commonly led to criticism and censure. The book also attempts to assess the wider impact of the publication of sexual knowledge and especially of sex advice literature, and explores the interplay between expertise, therapy, social mores and behaviour. Chapters on the 19th and 20th century discuss prostitution, contagious diseases and gender relations and consider debates on sexual issues and associated revelations of personal experience. The authors draw extensively upon the archives of Marie Stopes and of organizations promoting sexual knowledge in the 20th century, as well as making use of a wide range of medical, moral and polemical literature. Considerable attention is paid not only to modern classics such as Marie Stopes's &quot;Married Love&quot; but also to such earlier bestsellers as Nicolas Venette's &quot;Mysteries of Conjugal Love Reveal'd&quot; and Aristotle's &quot;Master-Piece&quot; - demonstrating that the genre of sexual advice has roots at least as far back as the 17th century. This study reveals in detail the formation of sexual discourses in Britain. It seeks to challenge and overturn received assumptions and to engage with powerful historiographical traditions, not least the work of Michel Foucault, and hoary myths of the Victorians. And it sets our understanding of the history, of British sexuality on a sound footing.