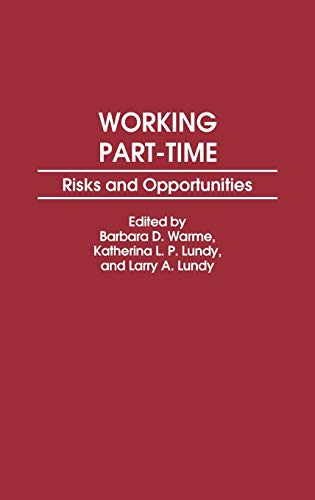 The hiring of part-time and temporary workers has historically been a mechanism for adjusting imbalance between supply and demand in the labour market. The use of such workers has increased dramatically as technological changes have put a premium of flexibility, and as fringe benefits have come to constitute an increasing percentage of labour costs. Flexibility is sought not only by organizations, but also by individuals: students, women with children, disabled persons, and retirees all benefit by part-time opportunities. This book discusses these opportunities, and the risk involved in employment which is sometimes underpaid and devalued, and from which movement to full-time positions is difficult. This volume represents the work of a cross-section of specialists in labour economics, industrial relations specialists, and social scientists who are engaged in research on the transformation of work in Canada, the United States, and Great Britain. Chapters focus on the structural aspects of part-time workers by official agencies, and expectations and attitudes of part-time workers rooted in a particular society. "Working part-time: risks and opportunities" may prove particularly useful to sociologists, labour specialists, and relevant government agencies, organizations and unions.