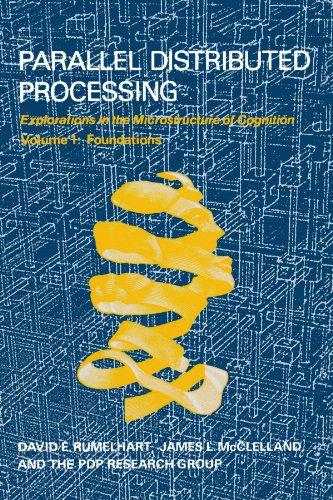 What makes people smarter than computers? These volumes by a pioneering neurocomputing group suggest that the answer lies in the massively parallel architecture of the human mind. They describe a new theory of cognition called connectionism that is challenging the idea of symbolic computation that has traditionally been at the center of debate in theoretical discussions about the mind. The authors' theory assumes the mind is composed of a great number of elementary units connected in a neural network. Mental processes are interactions between these units which excite and inhibit each other in parallel rather than sequential operations. In this context, knowledge can no longer be thought of as stored in localized structures; instead, it consists of the connections between pairs of units that are distributed throughout the network. Volume 1 lays the foundations of this exciting theory of parallel distributed processing, while Volume 2 applies it to a number of specific issues in cognitive science and neuroscience, with chapters describing models of aspects of perception, memory, language, and thought.