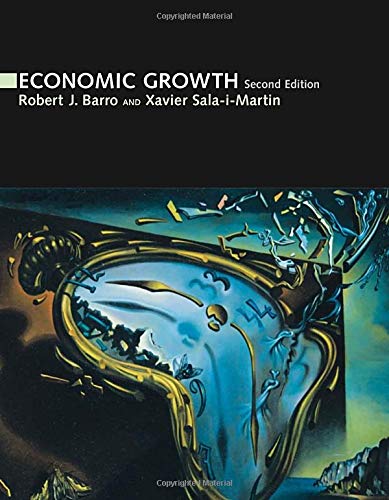 This graduate level text on economic growth surveys neoclassical and more recent growth theories, stressing their empirical implications and the relation of theory to data and evidence. The authors have undertaken a major revision for the long-awaited second edition of this widely used text, the first modern textbook devoted to growth theory. The book has been expanded in many areas and incorporates the latest research.After an introductory discussion of economic growth, the book examines neoclassical growth theories, from Solow-Swan in the 1950s and Cass-Koopmans in the 1960s to more recent refinements; this is followed by a discussion of extensions to the model, with expanded treatment in this edition of heterogenity of households. The book then turns to endogenous growth theory, discussing, among other topics, models of endogenous technological progress (with an expanded discussion in this edition of the role of outside competition in the growth process), technological diffusion, and an endogenous determination of labor supply and population. The authors then explain the essentials of growth accounting and apply this framework to endogenous growth models. The final chapters cover empirical analysis of regions and empirical evidence on economic growth for a broad panel of countries from 1960 to 2000. The updated treatment of cross-country growth regressions for this edition uses the new Summers-Heston data set on world income distribution compiled through 2000.