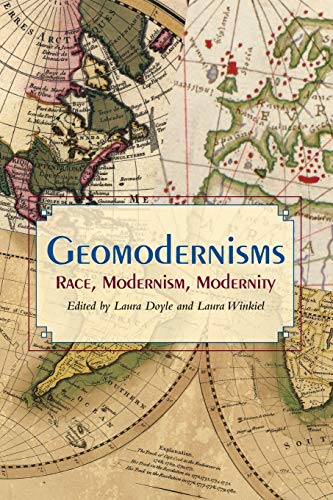 Modernism as a global phenomenon is the focus of the essays gathered in this book. The term "geomodernisms" indicates their subjects' continuity with and divergence from commonly understood notions of modernism. The contributors consider modernism as it was expressed in the non-Western world; the contradictions at the heart of modernization (in revolutionary and nationalist settings, and with respect to race and nativism); and modernism's imagined geographies, "pyschogeographies" of distance and desire as viewed by the subaltern, the caste-bound, the racially mixed, the gender-determined.Laura Doyle is Associate Professor of English at the University of Massachusetts, Amherst. Her book, "Bordering on the Body: The Racial Matrix of Modern Fiction and Culture", won the Barbara and George Perkins Award from the Narrative Society. She is author of "Liberty's Empire: Race and the Force of Freedom in Atlantic Modernity" and editor of "Bodies of Resistance: New Phenomenologies of Politics, Agency, Culture". Laura Winkiel is Assistant Professor of English at Iowa State University. She has published articles on Djuna Barnes, Elizabeth Robins and Valerie Solanas. She is completing a book project on manifestos, modernism, and race.