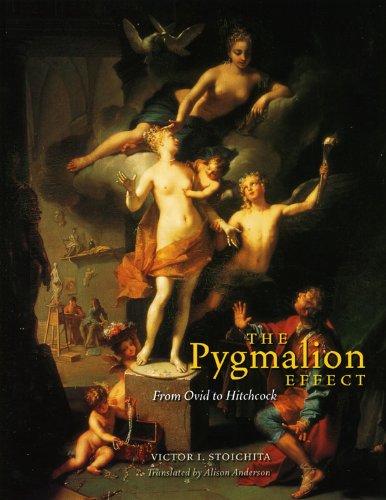 The Pygmalion Effect: From Ovid to Hitchcock (The Louise Smith Bross Lectures)

Between life and the art that imitates it is a vague, more shadowy category: images that exist autonomously. Pygmalion's mythical sculpture, which magnanimous gods endowed with life after he fell in love with it, marks perhaps the first such instance in Western art history of an image that exists on its own terms, rather than simply imitating something (or someone) else. In "The Pygmalion Effect", Victor I. Stoichita delivers this living image - as well as its many avatars over the centuries - from the long shadow cast by art that merely replicates reality.Stoichita traces the reverberations of Ovid's founding myth from ancient times through the advent of cinema. Emphasizing its erotic origins, he locates echoes of this famous fable in everything from legendary incarnations of Helen of Troy to surrealist painting to photographs of both sculpture and people artfully posed to simulate statues. But it was only with the invention of moving pictures, Stoichita argues, that the modern age found a fitting embodiment of the Pygmalion story's influence. Concluding with an analysis of Alfred Hitchcock films that focuses on Kim Novak's double persona in Vertigo, "The Pygmalion Effect" illuminates the fluctuating connections that link aesthetics, magic, and technical skill. In the process, it sheds new light on a mysterious world of living artifacts that, until now, has occupied a dark and little-understood realm in the history of Western image making.