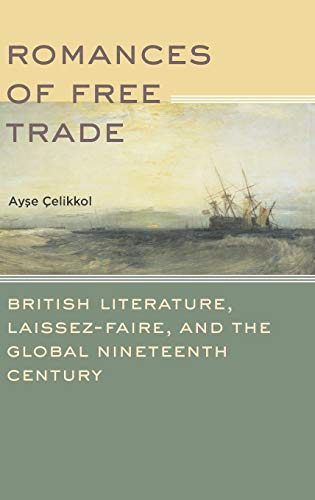 Romances of Free Trade offers a new account of the cultural work of romance in nineteenth-century Britain. Celikkol argues that novelists and playwrights employed this genre to represent a radically new historical formation: the emergence of the global free-market economy. In previous centuries, the British state had pursued an economic policy that privileged domestic goods over foreign ones. Through the first half of the nineteenth century, liberal economists maintained that commodity traffic across national borders should move outside the purview of the state, and their position gained increasing support. Amid economic transformation, Britons pondered the effects of vertiginous circulation. Would patriotic attachment to the homeland dissolve along with the preference for domestic goods? What would be the fate of the nation and the empire if commerce were uncontrollable? The literary genre of romance, characterized by protagonists who drift in lawless spaces, played a privileged role in addressing such pressing questions. From the figure of the smuggler to episodic plot structure, romance elements in fiction and drama narrated sprawling global markets and the fluidity of capital. Exploring works by Walter Scott, Harriet Martineau, Charlotte Bronte, Charles Dickens and their lesser-known contemporaries, this book historicizes globalization as it traces the sense of dissolving borders and the perceived decline of national sovereignty back into the nineteenth century.