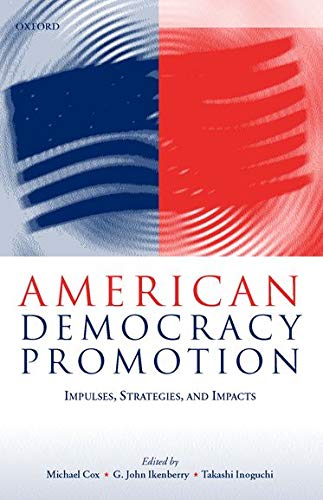 Why does the United States promote democracy? How successful has it been? And why do critics often attack it for doing so? These are at least three of the questions examined in this wide-ranging discussion of American efforts to recast the international order in its own political image. The answers provided by a distinguished group of analysts are as diverse as they are challenging to traditional ways of thinking about US democracy promotion in terms of either a misconstrued moralism or an ideological facade masking some deeper, more sinister purpose. As we enter into the Twenty First century with American hegemony intact, it is vital to understand what drives the world's last remaining superpower. And this original study helps us do precisely that by exploring in detail and depth one of the more contentious, least analysed and most misunderstood aspects of American foreign policy.