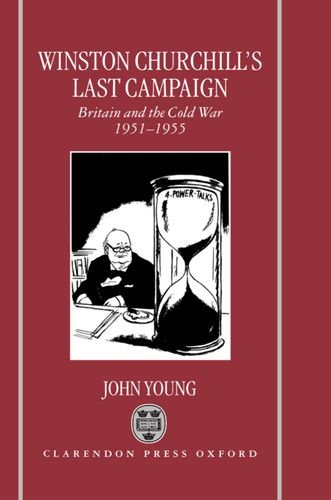 Largely because of his famous 'Iron Curtain' speech, Churchill is often remembered as a determined Cold Warrior. Yet, for all his fervent anti-communism, he saw the creation of the Western Alliance as a step not towards war, but towards negotiations with the USSR. John Young shows how, as Prime Minister in the 1950s, Churchill hoped for a summit meeting with Soviet leaders, an end to the Cold War, and an era of peaceful scientific advancement by humankind. The author exmaines the reasons why Churchill failed in this, his last great political campaign, reasons which included his own failing health, the scepticism of allies abroad. and the opposition of his ministers at home. Nonetheless, argues Professor Young, the outlook which Churchill developed in the first decade of the Cold War made him the father of the European detente. This is the first full critical analysis of the issue which dominated the last active years of one of the greatest statesmen of the twentieth century.