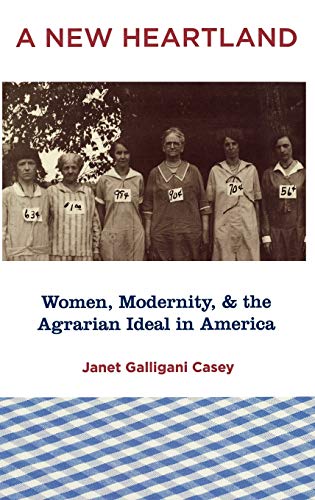 A New Heartland: Women, Modernity, and the Agrarian Ideal in America

A New Heartland investigates American rurality and modernity as mutually sustaining concepts, and centres on women's special engagement with those concepts. Among its central questions are the following: How has a critical emphasis on the modern-urban imaginary obscured rurality's importance to the American cultural consciousness? In what ways did received attitudes about rurality and nostalgia enable pronounced links between women and the rural? How did actual changes in agriculture reshape interpretive connections between the farm and modernity, and between the farm and women? Finally, how did rurality - traditionally a locus for conservatism - serve as a site through which to challenge orthodox ideas about gender, class, race, commodity consumption, and women's reproductive rights? This study is distinguished by an interdisciplinary approach that considers idea(l)s of women and rurality across a broad field of discourses and representational arenas, including social theory, periodical literature, literary criticism, photography, and, most especially, women's rural fiction ("low" as well as "high"). It touches on such diverse subjects as eugenics, advertising, the economy of literary prizes, and the role of the camera in defining women as modern. It also relies on substantial archival research, and explores at length an underrecognized periodical, The Farmer's Wife, which was the single nationally distributed farm journal for women in the twentieth century. Ultimately, the book's aim is to articulate an alternative mode of American modernism that had signal meaning and appeal for women, and to show how that mode clearly responded to prevalent attitudes in the culture at large.