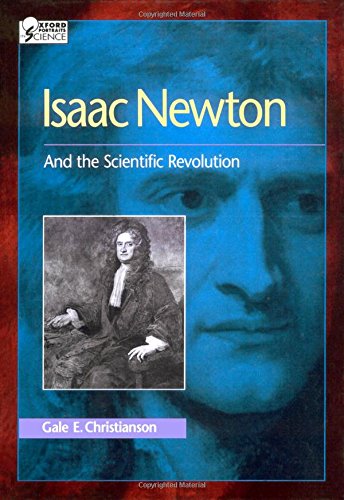 Isaac Newton and the Scientific Revolution (Oxford Portraits in Science)

In 1665, when an epidemic of the plague forced Cambridge University to close, Isaac Newton, then a young, undistinguished scholar, returned to his childhood home in rural England. Away from his colleagues and professors, Newton embarked on one of the greatest intellectual odysseys in the history of science: he began to formulate the law of universal gravitation, developed the calculus, and made revolutionary discoveries about the nature of light. After his return to Cambridge, Newton's genius was quickly recognized and his reputation forever established. This biography also allows us to see the personal side of Newton, whose life away from science was equally fascinating. Quarrelsome, quirky, and not above using his position to silence critics and further his own career, he was an authentic genius with all too human faults. Oxford Portraits in Science is an on-going series of scientific biographies for young adults. Written by top scholars and writers, each biography examines the personality of its subject as well as the thought process leading to his or her discoveries. These illustrated biographies combine accessible technical information with compelling personal stories to portray the scientists whose work has shaped our understanding of the natural world.