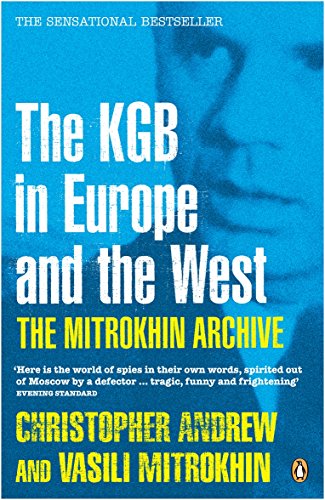 Mitrokhin Archive: The Kgb In Europe And The West

"The Mitrokhin Archive" tells for the first time in full the startling story of Soviet attempts to infiltrate the West. Working from Vasili Mitrokhin's archive and his own unrivalled expertise in the history of intelligence, Christopher Andrew has created an extraordinary picture of a USSR committed to covert activity at home and abroad to maintain Communism. From technological espionage to the cultivation of agents of influence, the KGB's methods ranged from financial inducements through sexual blackmail to assassination as they pursued their aims. What emerges is a state apparatus devoted to - even obsessed by - gathering information yet quite incapable of analysing it realistically.